On August 15th the breeding season came to an end at the farm.

It had been 16 weeks of work to get there. 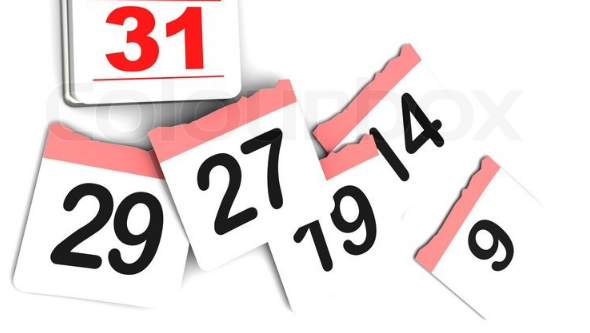 With two mares open (not pregnant): Zigami and Rascalina, the idea was to start early and to breed Kreation after she had foaled later in the season.

Or so the plan was…

We had two custom foals planned for clients for those two mares. The stallions were carefully selected, the contracts were signed and we were ready to go in mid-May when the mares started to cycle in earnest. We don’t like to breed any earlier because of the climate up here in Alberta. April can be lovely but it can also be knee-deep snow and sleet for days.

So we were ready to roll, mares started to cycle, semen was ordered, and then …..nothing went right.

The two attempts promised in our custom foal contract failed to produce pregnancies in either mare. Two different stallions, same result. This was a first for us.

So, we regrouped and selected different stallions, did a lot of investigative work, and started again.

We are terribly disappointed for the customers that did not get their custom foals-they would have been really nice foals I am certain-but we are very happy with the selection we do have coming next year.

The way things went Kreation was the first one to be bred successfully. She will likely foal at the end of May.

For her, we selected Morricone, the impressive son of Millenium that is progressing up the levels with ease, and aplomb. This stallion was popular as a young flashy stallion but he has staying power: he is producing well. His offsprings are well-tempered like he is, elastic, and are being more and more appreciated by riders in Europe for their talent under saddle and  North America will probably also fall in love with his babies under saddle the way they have for his foals.

When riders really like what a stallion produces we pay attention. To be honest we always had a thing for Trakhenner blood paired with Donnerhall and Rubinstein. The refined Trackhenner blood brings some refinement and elegance to the heavier older lines. Their work ethic also seems to combine well and we have time and time again nice examples: His Highness, Donnerweiss, DeLaurentis, Hotline, Dacaprio, Harvard, Don Frederico to name a few that might be known here.

Morricone is a combination of the Trakhenner blood on Rubinstein and Donnerhall- the same lines we value here and that can be found in Kreation.

He generally produces larger horses and that will not be an issue with Kreation producing on the smaller side. He brings elegance and power as well as elasticity (which she lacks) and most important a good temperament, on that front, there will be no issue as Kreation is level-headed, hard worker, and sensible.

Since she is homozygous for black we know this foal will be black and there is a low chance of white markings with both parents almost solid black.

For Zigami our dream cross was always to use Don Shuffro since the combination of Zack and Don Shuffro has produced so many outstanding horses. Sadly Don Shuffro is not available to us.  (His one son available in North America has not produced in a way that we think will complement Zigami very well.)  But we see that clearly, the Zack phenotype (long-lined, leggy and upright) combines well with the Donnerhall more powerful and compact frame.

The sensitivity of the Zack lines (Ferro, Jazz) also can use some moderation for the average rider.

So our goal was always to breed Zigami to a Donnerhall lined stallion and one of the most proven out there is Dauphin, a direct son of Donnerhall, also known for producing harmonious, correct foals with excellent brains. We like that he generally makes more compact foals (Zigami is quite long-lined like her sire) with very nice necks and topline (Zigami could need a bit of help in that department) and while well-tempered overall Zigami is certainly on the hotter more sensitive side.

Dauphin is also a smaller stallion that does not add much height and that is a good thing. Zigami is a solid 16.3hh and we think that is a good size and we don’t wish to produce much taller.

We expect a slightly more compact, rounder version of Zigami with this cross. Good, correct movement, smarts, and the ability for the dressage ring as well as a bit of jumping since the Donnerhall generally and the Dauphins particularly are often very cute jumpers with a good steady rhythm.

With both Zigami and Dauphin being heterozygous for black we can expect anything color-wise: bay, black, chestnut, and probably not much white from either of them.

This foal should arrive in July.

Our new Hanoverian broodmare arrived late last year and we took the winter to get to know her and look at her carefully.

For a 15 yrs old broodmare that hasn’t worked in years, she is in amazing shape: supple, elastic, balanced. We do recognize she is a bit more of the old style and a bit long in the back and a bit short in the neck but she has strength in the right places, and good bones. We wanted to choose a stallion for her that was refining, putting more elegance but to preserve that motion with hopefully a bit more of an uphill canter.

Unless you have been living under a rock you have heard of Gaudi, the only son of Totilas standing in North America. He is consistently producing refined, elegant, and very good moving foals.

Vastly more experienced breeders than me have been breeding multiple mares to him and returning for re-breed. He is in fact the most used dressage stallion in North America. And of utmost importance to us, his foals have very good character. We don’t quite know about rideability and how they will be under saddle yet as the oldest are just getting started but with Totilas and DeNiro on his papers, there is not a lot of room for a big surprise in that department.

At the end of the season, fertility was also a key criterion and Gaudi is absolutely stellar in that department with excellent semen.

Neither Gaudi nor Rascalina are homozygous for anything so we could get bay, black, or chestnut but we expect plenty of white markings from those two.

We are expecting a July foal from these two.

If all goes well, since all those foals will be registered with KWPN-NA we will need three names that start with S.

Any suggestions? Drop us a line!