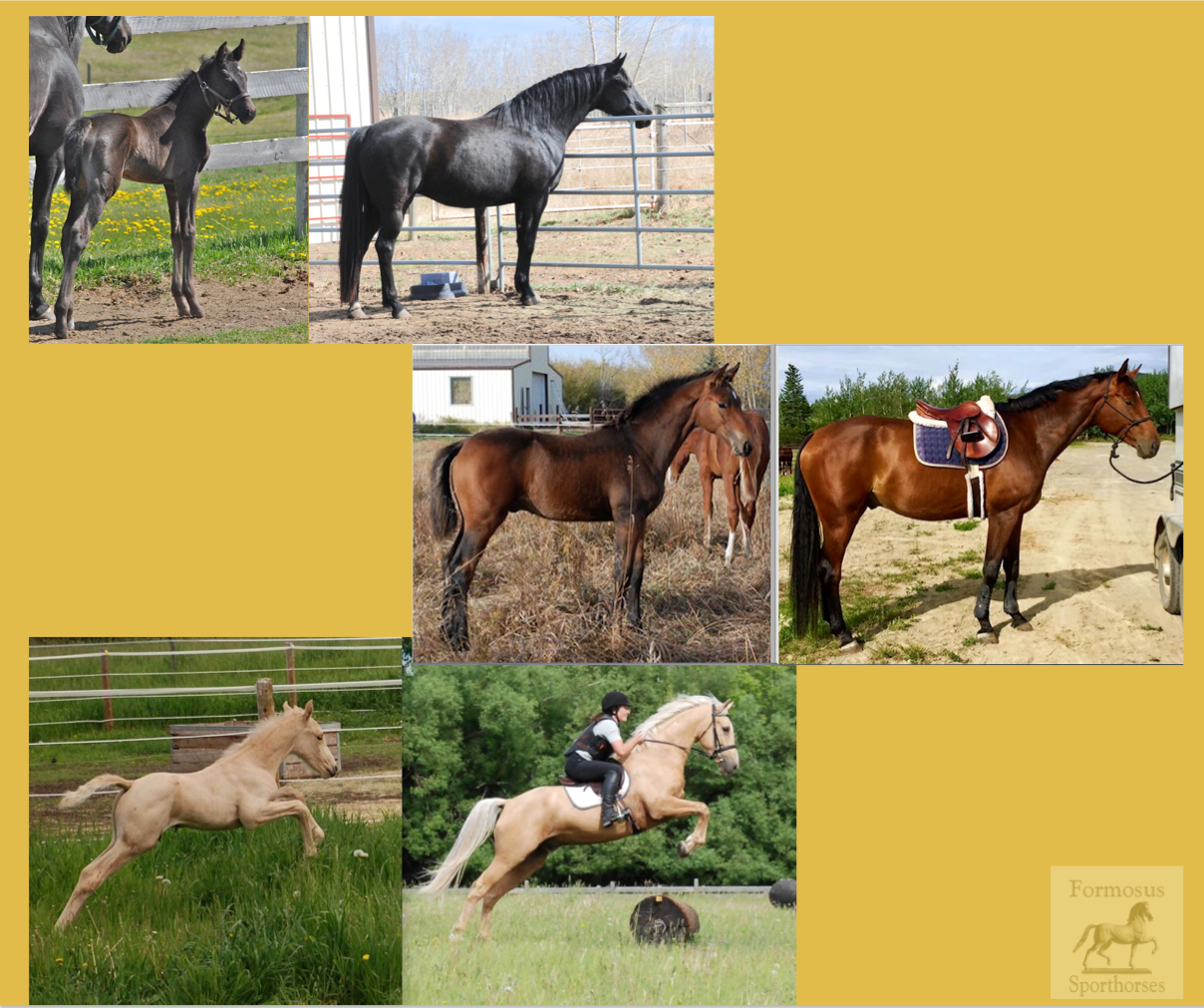 As foal mature they change of course, but how much?

How do you train your eye to see into the future?

One way is to look at a lot of foals as they mature and train your eye to see what changes and what stays the same. Here is some examples to practice on. Those are some of the foals we raised and we were able to get conformation pictures of later in life.

The old adage 3 days, 3 months and 3yrs might be a fun one to remember but frankly, in our experience, a lot of foals at 3 days are still unfolding and can look a bit odd-(some positively wonky!), at 3 months most of them look good but can be awfully butt-high and at 3 years the overall structure is finished but there are not mature by any mean and will generally gain some muscle mass and a bit of wither height as their spinous process finish growing (not done until they are 7 or 8 in some cases).

As much as possible we take pictures of the foals at the 3 months marks but we are not always able to get some good conformation pictures of them later on as they usually leave at weaning. But here are some worth comparing because their stance is very similar.

In one case I flipped the image so that the horse would be facing the same direction in both pictures but the rest of them are untouched.

So overall what can we see as a young foal?

The overall shape of the foal will be that of the mature horse. At around three months of age that seems to be set, notwithstanding the possibility that at that moment in time their hindquarters might be higher than their withers. The short-coupled horse will remain that way, the longer backed and longer lined foal will probably remain so into adulthood. The shape of the croup doesn't change much as the animal matures but the angle of the shoulder seems to get a bit steeper with age.

The neck, its attachment out of the neck (high or low), and the head attachment on the neck (clean or thick) look to remain constant also.

Limbs are probably the thing that changes the most, both in proportion, which is obvious, but also in the angles of the joints; particularly the hind legs. In very leggy foals the hind can look as if its camped out but as the horse matures the angle of the hock usually closes. The seemingly upright pattern will also sink down a bit as the animal matures and gains weight. Long and weak looking pattern at such a young age is probably worrying.

I hope this compilation was usefull.