I read a discussion thread online the other day that made me sad on three levels.
Someone (a somewhat experienced breeder and trainer) was asking how to best price her young warmblood gelding. By all indications, this was a good-minded young horse that was easily learning his A-B-Cs. Uncomplicated, willing, same horse at home than away: you know the type we would all like in our barn? I will add that he was also well-bred with proven, known bloodlines.

Definitely not a shot in the dark here. 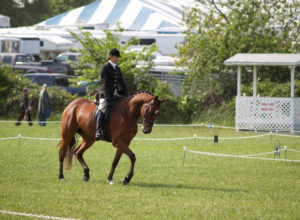 The advice started pouring in and yes; I know that this is the internet and that the advice one can get on it is worth what one pays for it. But as a disclaimer, this was a somewhat closed discussion group made up of mostly experienced horse breeders and trainers.

The advice was all over the place from “market him as an upper-level dressage horse” to ” probably better go hunter with him” and then from the hunter specialists: “..based on what I see I would not market him as a hunter.” Bouncing from advice to advise from this experienced crowd, there was no pegging him. Based on the videos that were provided, no consensus emerged and no one was cutting this young horse any slack because he was young and green. They could already tell he was not forward enough, didn’t have enough of a cute jump, was late behind in his lead changes, and therefore (I’m exaggerating here) could be summarily dismissed as able to reach any success.

That was the first sadness but I understood it. The internet is a cruel place, criticizing is always the easiest and lowest level of feedback both on and off that platform. You will always find people to poke holes and find fault anywhere.

But this was in a specialized discussion group. But mmmm ok….

My second sadness was from the other comments and how they spoke of the inexorable cogged machine we enter it seems with young horses for the English disciplines. The overwhelming agreement was that without a show record, with good results, mind you, the horse was almost worthless, barely worth what the breeder had invested in him. The owner/breeder was overwhelmingly advised to put him with a good professional for a few months and a good show record and then to try marketing him again. The logic behind this makes a lot of sense. If what people are truly looking for is a made horse that has already proven that it can show and win then yes: clearly that is the way to go. Why sell a 20K prospect when you can invest 10-12K and sell a 40k to 50K horse? (the question remained in what discipline to show that particular prospect however but that seemed irrelevant in those discussions…). And so I was disappointed that the advice was to make a young horse of some quality yet more unaffordable to the average person.

Good training is expensive and rightly so, showing is extremely expensive for the English disciplines, somewhat inexplicably (a typical English rider will pay upward of 500$ per show for a few classes at recognized shows- western riders will pay a fraction of that for the equivalent in their discipline and might even earn some cash reward!), and so the spiral continues toward the sport being more and more expensive and out of reach of many interested in it. 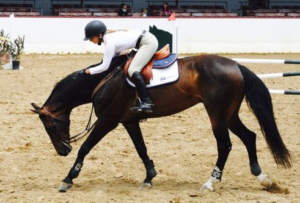 The final common theme from the advice that was given was another sad semi-reality (what I mean by that is that is it is a reality for some but might not apply to all) and this was that young horses that don’t hit the prescribed milestones lose value. In other words, if the horse is not out competing a certain level by 4 and then by another level by 5 etc.. it is considered behind and somewhat less valuable. At least that is what the experts were cautioning here. Now whether that is true overall or only in some circles is debatable but it reminds me of other conversations on pushing young horses and how it can be done correctly and how it can often lead to other problems. It overall speaks to a machine that pulls horses in and forwards with no real interest in building horses up based on their ability or maturity.

This system is designed to single out the best of the best as early as possible in order to push them into the hands of those that have the ability and the money to take them to the highest level.

The fact that these people represent the minority of horse riders anywhere I don’t find it particularly useful for the average horse breeder and trainer.

And so I was left with a bit of a somber outlook on the young horse market for the average amateur after this exchange. The system I saw promoted there through the advice of well-intentioned and somewhat experienced internet quarterbacks was one that produces expensive horses that are pushed quickly and in perhaps the wrong discipline. This is not what I wish for any of my horses and so I will stay away from that system as much as possible.